The Exeter Bach Choir (neé Society) was founded on 21 March 1995, the anniversary of J S Bach's birth, at a meeting in The Guildhall, Exeter by Alderman Ramon Yeo, an accomplished organist and admirer of J S Bach’s many compositions.Since its formation the choir has delved deep into J S Bach’s repertoire, hosting numerous performances of his cantatas, Lutheran masses and instrumental works. Our choral performances over the past few years have included J S Bach's Missa Brevis in F, Christmas Oratorio, St John Passion, St Matthew Passion, and his iconic Mass in B Minor. Major concerts and cantatas feature professional musicians and soloists from Devon and further afield.The choir continues to stay true to its Baroque tradition but frequently takes steps into the wider musical world including Ola Gjeilo's Sunrise Mass (Summer 2019), Britten's Saint Nicolas (Christmas 2018), Will Todd's Mass in Blue (Summer 2017) and Durufle's Requiem (Easter 2017).In addition to choral and orchestral concerts, the Exeter Bach Choir organises an annual public choral workshop, instrumental recitals and talks throughout the season, which runs from September to early June. 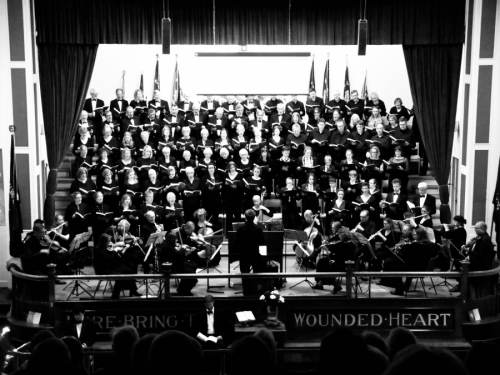 There are currently around 40 - 50 active members in the Exeter Bach Choir. We represent a broad spectrum of musical ability and experience, ranging from accomplished sight-readers to those who have had few prior opportunities to perform this type of music. What we all share is a passion for J S Bach’s music, an enthusiasm for performance, and a committee who ensure we have plenty of opportunity to do so. We are supported ably by our Honorary President and founder, Ramon Yeo.The Exeter Bach Choir's Honorary Patron is Jonathan Peter Kenny. Jonathan enjoyed a long and distinguished career as a counter-tenor and is currently one of the Musical Directors of English Touring Opera - one of the UK's leading opera companies and known for creating vivid new productions of the works of J S Bach which it brings to venues across the UK.The Exeter Bach Choir is lucky enough to have an expert selection of local professional instrumentalists on whom to call, led ably by Anna Cockroft, and they accompany many of our concerts and generously volunteer their time for free events, such as cantata services. Many of these musicians support us on a regular basis and provide the expertise to expand their ranks when required – as with the ambitious double Baroque orchestra needed to accompany the St Matthew Passion.If you are interested in joining the Exeter Bach Choir or would like to learn more, please have a look at our Join us or Contact us pages for more information. 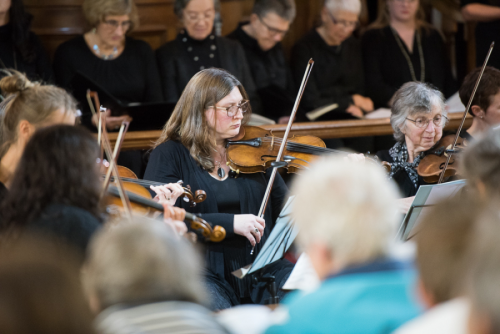 Jonathan is increasingly in demand as a dynamic choral conductor, tenor soloist and vocal coach. In 2021/22, he studied on the prestigious MA Choral Conducting course at the University of Birmingham with Simon Halsey, Bob Chilcott and Julian Wilkins working closely with the CBSO Chorus.

He was instrumental in the creation and regeneration of numerous music ensembles at the University of Exeter as conductor of the Exeter University Singers, Musical Director of the Exeter University Gilbert & Sullivan Society and as a founding member of Semi-Toned – the award-winning a cappella group. Jonathan is currently a Tenor Lay Clerk at Buckfast Abbey, Deputy Lay Clerk at Exeter Cathedral and is regularly a soloist with choral societies around the South West.

Jonathan is also an alumnus of the National 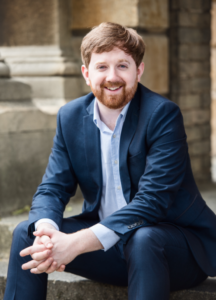 Youth Choirs of Great Britain and recently performed as part of their Fellowship Octet. This included working with esteemed conductors such as Marin Alsop, Daniel Barenboim, and Gustavo Dudamel performing at the BBC Proms on several occasions and collaborating with The King’s Singers in 2016.

Away from performing, Jonathan is a Trustee of Sing Inside – a charity which provides group singing workshops in prisons across England and Wales to dismantle social barriers, develop musical skills, and encourage a greater sense of self-worth.

Jonathan first worked with the Exeter Bach Choir as a soloist in 2014 and in June 2016, was invited to take up the role of guest conductor for the choir’s tour to Finland. Following the success of this tour, he was delighted to be appointed Musical Director in September 2016 and has since led the choir from strength to strength.

Sam studied at the Royal Birmingham Conservatoire, where his peers included Welsh baritone 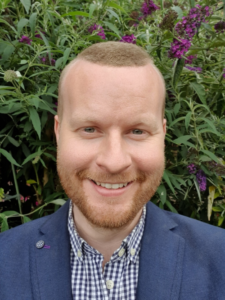 and The X Factor 2007 runner-up Rhydian Roberts, who he accompanied in concerts, song classes and masterclasses. As a soloist Sam took part in masterclasses with pianists such as Peter Donohoe, David Quigley and Vanessa Latarche, and he played for dance classes at The Royal Ballet School. Now based in his hometown of Exeter, he continues to accompany many singers, instrumentalists and groups.

In 2011 he appeared on BBC’s The Choir, when the Military Wives Choir sang ABBA’s ‘Thank you for the music’ to choirmaster and presenter Gareth Malone. Since then he has worked with the Lympstone and Chivenor Military Wives Choirs (including performing for Queen Elizabeth II at her Diamond Jubilee celebrations in 2012), The Exeter Police and Community Choir, The National Children’s Choir of Great Britain and youth musical theatre company Centre Stage.

Sam has performed in theatre pit orchestras for musicals including Crazy for You (Gershwin, Exmouth Pavilion; 2018) and Aspects of Love (Andrew Lloyd Webber, Sidmouth Manor Pavilion; 2018). Memorably for Sam, he rehearsed and performed for St David’s Players’ production of The Gondoliers (Gilbert & Sullivan, Exeter Barnfield Theatre; 2017), during which he met Exeter Bach Choir's Jonathan Lucas Wood, who performed a lead role in the opera.

An upcoming project will be working on a series of concerts with local flautist Sophie Brewer. 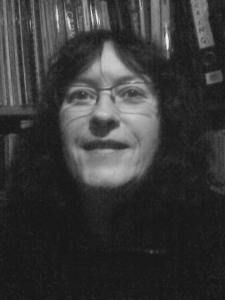 Anna Cockroft played both violin and piano from an early age and went on to study at Birmingham Conservatoire. After graduating she moved to Devon to start her playing and teaching career, and has enjoyed her music immensely ever since.

She currently plays with Taunton Sinfonietta, is a member of the Beacon Piano Trio and the Orchard String Quartet and freelances for many orchestras. She has led the Exeter Bach Society's Orchestra for several years and was present at the Society's very first rehearsal.

Jonathan Peter Kenny is from Liverpool and studied at the University of Exeter and Guildhall School of Music and Drama. He is a founder of the Old Street Band.

He has performed a wide range of music 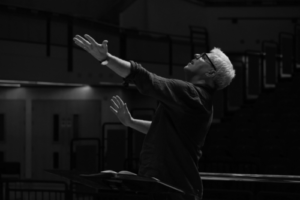 Jonathan is baroque specialist at the Royal College of Music International Opera School and prepared singers for Handel’s Poro, Atalanta, Alessandro, Il pastor fido and Rodelinda, as well as Monteverdi’s L’incoronazione di Poppea with Michael Rosewell whom he also assisted on Janacek’s The Cunning Little Vixen. For Trinity-Laban, Jonathan worked on Giustino and Rinaldo.

After many years leading his own ensembles, Jonathan made his operatic conducting debut in 2005 with a staging of Pergolesi’s Stabat Mater on Valentia Island for artist Dorothy Cross and OTC Dublin. The film was shown at the Irish Museum of Modern Art and in Los Angeles. In 2007 he conducted a new production of Handel’s Teseo for ETO, touring the UK, and in 2009 a new production of Flavio which opened to great enthusiasm as part of the HANDELFEST marking the 250th anniversary of Handel’s death. From these performances, a new period instrument orchestra, the Old Street Band, was formed, making a highly acclaimed debut in autumn 2011 in a new production of Xerxes. Other appearances include a staging of Carissimi’s Jephte for the National Churches Trust; Monteverdi: 1610 and all that at the RCM and a highly praised The Duchess of Malfi Webster/Gesualdo at the Royal and Derngate Theatre Northampton.